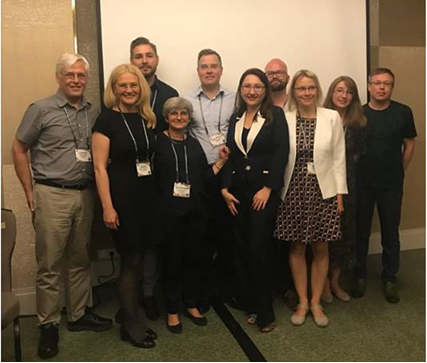 A panel organized by the Polish Communication Association took place on the third day (May 26) of the Annual Conference of the International Communication Association (ICA) held at Hilton Hotels in Prague in Czech Republic. The panel, titled “Political Executive – Media Relations in the Era of Mediatized Politics in Finland, Lithuania, Poland and Sweden”, was chaired by Bogusława Dobek-Ostrowska (University of Wrocław, Poland), and comprised of six presentations delineating the research results stemming from a forthcoming edited volume Close and Distant: Political Executive–Media Relations in Four Countries. This book project spotlights interactions between political executives and media representatives and the case studies from Finland, Lithuania, Poland and Sweden build mainly on extensive interviews with political journalists and government media/political advisors, supplemented by documentary evidence. The panel also presented the themes of the volume: government communication; social media; formality and informality; mediatization of politics; and political communication culture.
The presentations included six papers: “Variations in Political Communication Culture. New Forms of Political Parallelisms and Media-Politics Coalitions” of Auksė Balčytienė (Vytautas Magnus University, Lithuania), “Journalists and Political Power-Mediatization and Political Instrumentalization” presented by Gunnar Nygren (Södertörn University, Sweden) and Risto Niemikari (University of Tampere, Finland), “Journalists and their Political Sources in Poland: Describing the Interrelationship” of Jacek Nożewski (University of Wrocław, Poland), “Formal and Informal Interaction: Power and Exchange Between Journalists and their Political Sources” presented by Milda Malling (Södertörn University, Sweden). Elena Johansson (Södertörn University, Sweden) talked about “Social Media for Top Politicians: Comparative Case Illustrations from Finland, Poland and Sweden”. The paper “Government Communication in Comparative Perspective” of Karl Magnus Johansson (Södertörn University, Sweden) and Tapio Raunio (University of Tampere, Finland) concluded the panel.
After the presentations, the panel respondent, Svetlana S. Bodrunova from the St. Petersburg State University (Russia) offered her suggestions and insights, underscoring the importance of and the need for (de-westernized) comparative research. This was followed by a short questions and answers session including the audience. 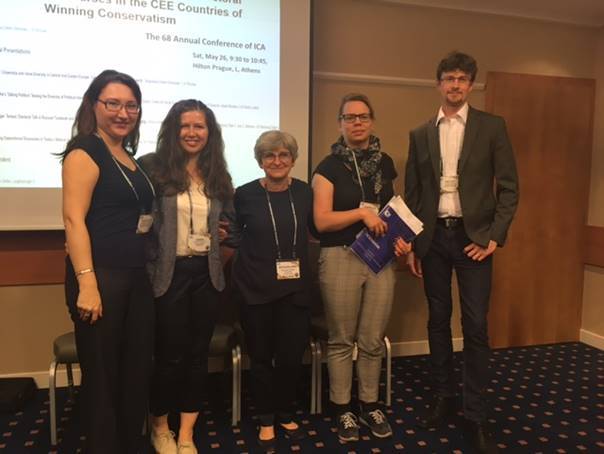 Secretary
This email address is being protected from spambots. You need JavaScript enabled to view it.