International Communication Association (ICA) is an academic association for scholars interested in the study, teaching, and application of all aspects of human and mediated communication. ICA began more than 50 years ago as a small association of U.S. researchers and is now a truly international association with more than 4,300 members in 70 countries. Since 2003, ICA has been officially associated with the United Nations as a nongovernmental association (NGO). ICA is diverse in its structure and interests and includes 24 divisions and interest groups, each representing a special subfield of communication processes and phenomena. The nearest ICA Annual World Congress is planned at Chicago (http://www.icahdq.org/conferences/2009/) in May 2009. PCA has been collective member of ICA since 2008. It enabled us to organise a session during the Congress.

The International Association for Media and Communication Research (IAMCR) – is the worldwide professional organisation in the field of media and communication research. Its members promote global inclusiveness and excellence within the best traditions of critical research in the field. Its objectives include strengthening and encouraging the participation of new scholars, women, and those from economically disadvantaged regions, including researchers from African, Asian and South and Central American countries. 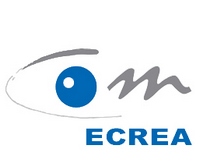 European Communication Research and Education Association (ECREA) is the learned society for communication scholars across Europe and beyond. Individuals, institutions and associations have chosen to become members of ECREA to join a large community devoted to the development and the quality of communication research and higher education in Europe.

World Association of Public Opinion Research (WAPOR) was founded in 1947 by a group of experts and scholars interested in promoting and improving public opinion research all over the world. For more than half a century, WAPOR members have worked together and with others, especially journalists who report on public opinion, to maintain high standards for the collection, analysis and dissemination of public opinion data. Nearly 450 experts and scholars belonging to almost 60 countries are committed to these goals, working in close contact with other associations and agencies such as AAPOR (American Association for Public Opinion Research), the World Association of Research Professionals (ESOMAR), and other international and regional associations, as well as the United Nations Educational, Scientific, and Cultural Organization (UNESCO) and private international organizations.